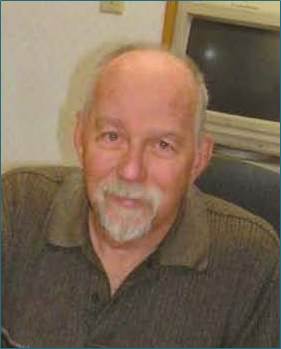 The Bob Gay Lecture Series was established to provide cytotechnologists and ASCT Annual Conference attendees with the most current research, training and knowledge in the field of cytology.

By engaging outstanding and well-respected educators as key lecturers for the annual conference, ASCT Services hopes to expand its outreach to the cytology community and grow the number of conference attendees.

The medical arena and each of its specialties are changing and evolving every day.  The lecture series will ensure conference attendees stay abreast of the latest trends, research, equipment, trainings and regulations in the field of cytology.

Bob Gay was dedicated to supporting and advocating for the field of cytology.  He was a founding year member of the ASCT and played an integral role in establishing the ASCT Foundation.  Bob served in several leadership capacities for ASCT including his term as a regional director from 1996-2000 and as president from 2000-2001. Bob also served on the ASCT Services, Inc. Board as treasurer from 1998-1999 and again from 2004-2007.

The First Annual Bob Gay Lecture Series was held at the 2013 ASCT Annual Conference in Scottsdale, Arizona.  The Bob Gay Lecture series  is sponsored and fully funded by ASCT Services, Inc. The goals for the lecture series reflect the educational standards for which Bob Gay advocated and professed. It is a tribute to Bob’s legacy.

Dr. Richard M. DeMay, is the featured speaker for the 2014 Bob Gay Lecture Series.  Dr. DeMay, from the University of Chicago, is well known as a national and international speaker and as the author of several excellent, highly regarded Cytopathology textbooks. He truly is a speaker who does not need an introduction!