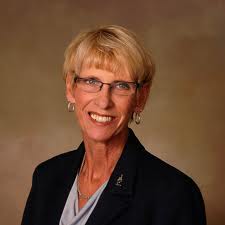 Beverly Haigler-Daly, BS, CT(ASCP)
Beverly Haigler-Daly is the Executive Director for ASCT Services, Inc., an organization that manages and conducts on-site reviews of cytology laboratories under CLIA. Since 2000, she has been responsible for the organization’s daily business decisions, representing its activities to the ASCT Services Executive Board and managing the third consecutive CMS contract secured under her tenure, plus additional contracts with various accrediting organizations.  She continues to serve as one of the organization’s Survey Team Leaders, a position she’s held since 1991.

With more than 42 years as a practicing cytotechnologist, Haigler-Daly has been a part-time Cytotechnology Instructor at Central Piedmont Community College in Charlotte, NC.  She founded and managed the cytology department at Carolinas Medical Center-Union for 34 years (1974-2009). Haigler-Daly graduated from Bowman Gray School of Cytotechnology, Wake Forest University, receiving her BS in Allied Health from Wingate University.

Since 1970, Haigler-Daly has been a member of ASC and, in 1988, was elected to the ASC Cytotechnology Advisory Committee, serving as chair from 1991-1992. In 2009, she participated in the ASC Future of Cytopathology Summit, and has served on various committees including Art for Advocacy, Cytotechnology Program Review, New Member and Public Information, Membership, Intersociety Workload Recording, Website and  the Scientific Program Committee. Since 1980, she has attended every Annual Scientific Meeting volunteering at countless workshops.

Haigler-Daly is a founding-year member (1970) and two-term President of the North Carolina Society of Cytology (1981-1985, 2003-2007). She is a founding-year member of ASCT (1979), receiving the Marion and Nelson Holmquist Award in 2003. Since 2007, she has served as a member of the Council for Allied Health for North Carolina. Haigler-Daly regularly presents workshops and teleconferences on cytology issues for local, state and national organizations.